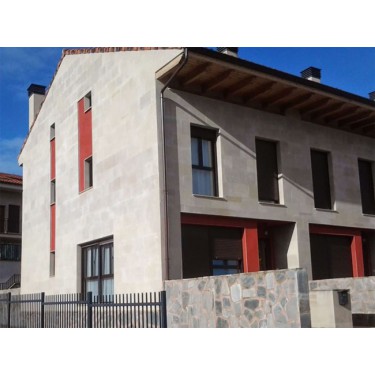 It is a newly built house with garden on the ground floor. Community dinner.

Hire of bedsheets and individual lockers.

The lodge itself has two double bedrooms with a price of 35-40 €.

Cirueña is a municipality in the autonomous community of La Rioja Located west, 6 km from its head of region, Santo Domingo de la Calzada; both municipalities communicate the LR-204 road. To the south the monasteries of San Millan and Abbey Canas are. Connect with the N-120 between Logroño and Burgos by the autonomic highway LR-236.

Romanesque parish church of San Andrés, next to the former monastery of the same name. This church was rebuilt and dates from the tenth century; alabaster remains of chairs in the apse.