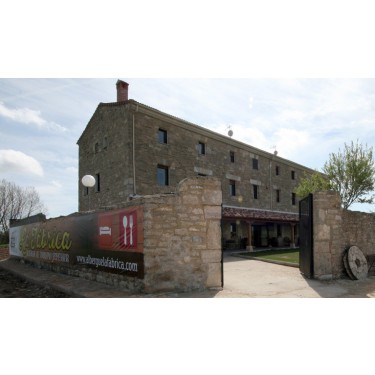 The hostel has been built completely new and latest in comfort and services. In an old flour mill Tardajos this new building offering accommodation and services for those traveling through the road to Santiago now born.

In bicigrino we built this facility to our network by being properly prepared for bicycles and their owners are especially sensitive to the special needs of cyclists.

The rich historical, ethnographic and archaeological heritage forms the third pillar of the territorial structure Tardajos. The municipality has two Cultural Interest (BIC), one is the Camino de Santiago in the category of Historic, which elapses from east to west.

The most important archaeological site is Deobrigula of the Roman Empire (first century BC). This site, declared of Cultural Interest in 1994, sits on the moor The Castro and archaeological analysis is fragmented into three parts:

1) The first is via Italy, which runs through the northern wilderness, where the northern boundary of the site Deobrigula.

2) The second is the site Castro, who adopted the name of the moor on which it sits.

3) The Quintanas is the southernmost site, and affects the existing urban core. In the extreme southeast.